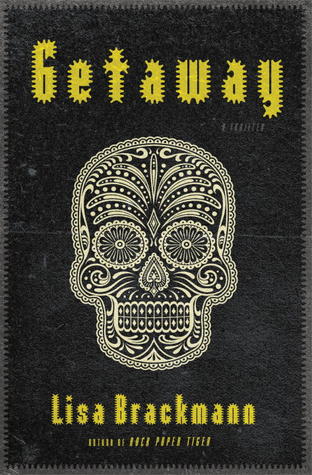 Michelle Mason tells herself she's on vacation - a brief stay in the Mexican resort town of Puerto Vallarta. It's a chance to figure out her next move after the unexpected death of her banker husband, who's left behind a scandal and a pile of debt. The trip was already paid for, and it beats crashing in her sister's spare room. When a good-looking man named Daniel approaches her on the beach, the margaritas have kicked in and she decides: why not?

But the date doesn’t go as either of them planned. An assault on Daniel in her hotel room, switched cell phones, and an encounter with a "friend" of Daniel’s named Gary gets Michelle enmeshed in a covert operation involving drug runners, goons, and venture capitalists.

Michelle already knows she’s caught in a dangerous trap. But she quickly finds that running is not an option. If she’s not careful, she’ll end up buried in the town dump, with the rest of the trash. Now she needs to fight smart if she wants to survive her vacation.


After reading all of Lisa Brackmann's Ellie MacEnroe series, I was quite willing to read her other crime thriller about another Everywoman dropped into a shark-tank to swim or get eaten. I only realized afterwards that the first book had a sequel.

Michelle Mason is just an average white chick from LA, getting over the recent death of her husband and planning the next stage of her life while chilling in Puerto Vallarta. Then she meets a hot guy and totally does something she never, ever does. Hey, don't judge, what happens in Mexico... umm, can follow you back to California.

The beginning of Go-Between paints Michelle as being almost a stereotype of an entitled American tourist hanging out with the brown help down in Me-hi-co. The author, Lisa Brackmann, did this intentionally, I'm sure, but I was kind of waiting for the bad shit to start, and when it did, quickly, it took me a while to really feel sorry for Michelle, even though she was really only guilty of being in the wrong place at the wrong time.

The dude she slept with turns out to be a private pilot. "Private pilot" working in Mexico pretty much means only one thing, and Michelle, because she is now connected with him, finds herself being dragged into Daniel's affairs. Daniel, it turns out, is not just an occasional delivery boy for drug smugglers, but also has connections with "the Boys" - i.e., spooks, American black ops, the CIA, whoever. Michelle is dragooned into being a double-agent for a scary, charming fellow named Gary who just wants Michelle to report back and take the occasional picture.

Michelle just wants to go home and have nothing more to do with this mess. Gary, the Mexican police, and various other bad hombres have other ideas.

While my initial feelings about Michelle were disdainful, she is just an ordinary woman who proves to be as resourceful and brave as she can be under the circumstances. Maybe she doesn't always make perfect choices, but she tries to do the right thing and she shows loyalty and courage.

While Getaway is a fairly self-contained novel, it left a few dangling loose ends, which are picked up in... 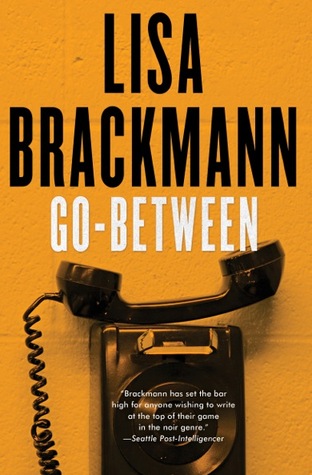 An all-too-realistic thriller about for-profit prisons, big-money politics, shady nonprofits, the war on drugs - and the people who would kill to keep the system intact.

Emily runs a successful bistro in Humboldt County, California, where she lives with her boyfriend, Jeff, a volunteer firefighter. A lot of her best customers are in the cannabis business, but so what? It's true, firefighting isn't really Jeff's main job - that would be flying Humboldt's finest weed to out-of-state customers. And sure, he isn't really Emily's boyfriend, more like the guy she's stuck with by circumstance. Actually, his name is Danny, not Jeff, and Emily's real name is Michelle Mason, although no one can ever know that.

She's on the run from her past - which has just caught up with her. Gary, an ex-CIA agent who got her and Danny into this whole mess, has just shown up in Humboldt County. Michelle should have killed him when she had the chance, but now she's stuck playing Gary's game - and if she loses, she or someone close to her will pay the ultimate price.


Michelle Mason just got away from a shadowy CIA operation in Mexico and has settled down in Humboldt County, California, to run a restaurant, while her pilot sorta-boyfriend grows pot and occasionally runs "errands." When this inevitably brings trouble back into their lives, Michelle (now living under an assumed name) is extorted by her old CIA friend "Gary" into going on another mission.

As CIA missions go, it's fairly benign — babysit a wealthy society girl with a tragic past and a drinking problem, and keep her out of trouble. "Trouble" being the fact that this society girl, who founded a charity to "Make America Safe," is actually starting to doubt the mission of the charity she runs, which is a problem for the CIA and various other shadowy organizations who are actually using it to launder money.

Lisa Brackmann's novels tend to be cynical and full of dirty players, all taking advantage of essentially good-hearted protagonists who want to do the right thing and be left alone (not necessarily in that order) in a world that won't let them. Michelle shows courage when needed while spending most of the book terrified of what's going to happen next and being aware that she's just a little cog in the wheels within wheels that make up the political machinery of the world.

The plot of Go-Between has little connection with that of the previous novel, just the same troubled character triangle of Michelle, Daniel, and Gary. Both books are very contemporary commentaries on American politics, and I am pretty much expecting the next Michelle Mason book to be some kind of commentary on Trump. Which I think will probably be as entertaining as Brackmann's other novels — while the author is pretty obviously not a Republican voter, and she does mix a lot of politics into her books, I haven't found them to be heavy-handed or soapboxing as they're really more about "the little people" vs. the 1% and their minions than they are about Right vs. Left.

Also by Lisa Brackmann: My reviews of Rock Paper Tiger, Hour of the Rat, and Dragon Day.