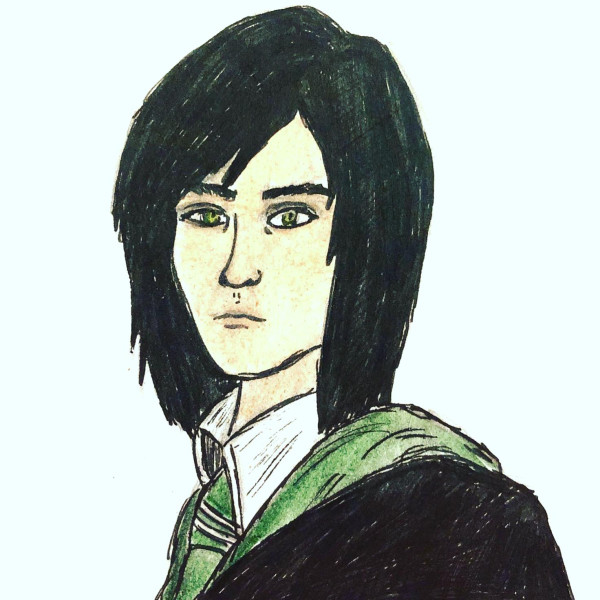 AQATWA is heading toward the final arc. Reddit is discussing where Alexandra would be Sorted at Hogwarts (I already answered this a long time ago) and what she would be like if she were a boy.

Sending OCs to Hogwarts, and gender-swapping characters, is a favorite theme in fanfiction, and you are welcome to write one yourself. (Now and then people ask me "permission" to borrow Alexandra or my setting for their own stories, and my answer is always that fanfiction writers are already borrowing someone else's world, so how could I possibly justify denying someone else permission to do the same thing?) I am (Spoiler) never sending Alexandra to Hogwarts, though.

(However, right now I do have a couple of canon characters appearing in Book Six.)

Here's my take on Alex as a boy: the series would be even less popular, because I think Alex as a boy would be less sympathetic to readers who love Alexandra and simultaneously want to slap her and give her a hug. Conversely, I think Alex would be considered less "unlikeable" than Alexandra, because all the swaggering, arrogant, hotheaded nonsense that Alexandra gets into, her stubbornness, her refusal to learn her lesson, her belligerent defiance of authority and boundaries, would be considered more "normal" (if not more acceptable) for a boy. But really, the story would just be completely different. I can't exactly tell you why I originally decided to make my protagonist a girl (doing a "genderswapped Harry" story never even occurred to me) but writing Alexandra has been a tremendous amount of fun but also requires me to do a lot of thinking. She is more "real" to me than probably any other character I've ever created. I, obviously, have no experience being a girl, and there are so many ways a middle-aged guy writing a young female character can go horribly wrong. But I do not subscribe to the notion that "men write women badly" (or vice versa) in general - there are good writers and bad writers, and good writers can write believable characters who are totally unlike themselves. I'm certainly not the first man to write a girl protagonist, and plenty of others have done it quite well. Honestly, I don't actually think it's any harder for a man to write a woman than it is for, say, a liberal to write a conservative. Can you represent someone with polar opposite political or religious views as a rational, sympathetic person with internal motivations that make sense? If you can't do that, you probably can't write someone of the opposite sex well either, and vice versa.

That wasn't Jack Nicholson, that was his character. Come on, Meme Guy.

That said, there was a lot of discussion between me and my beta-readers about Alex and Burton hooking up. "Oh gods, I'm writing about a fifteen-year-old girl losing her virginity to an older man, this is how pro authors get dragged on /r/menwritingwomen!" o..O

Anyway, the reddit discussions are great. And yes, people have occasionally spotted gaps or even outright errors, some of which are fixable and some of which are not, and some of which I don't agree with but can see why some readers feel a particular way. I still plan to do an AMA when AQATWA is all posted, which will be your opportunity to come at me about why I did this or didn't do that, what I think about a particular theory, etc. On the one hand, sometimes I feel like I should have had another dozen betas on the book. On the other, having a dozen betas sounds like a nightmare, so I'm not going to do that. 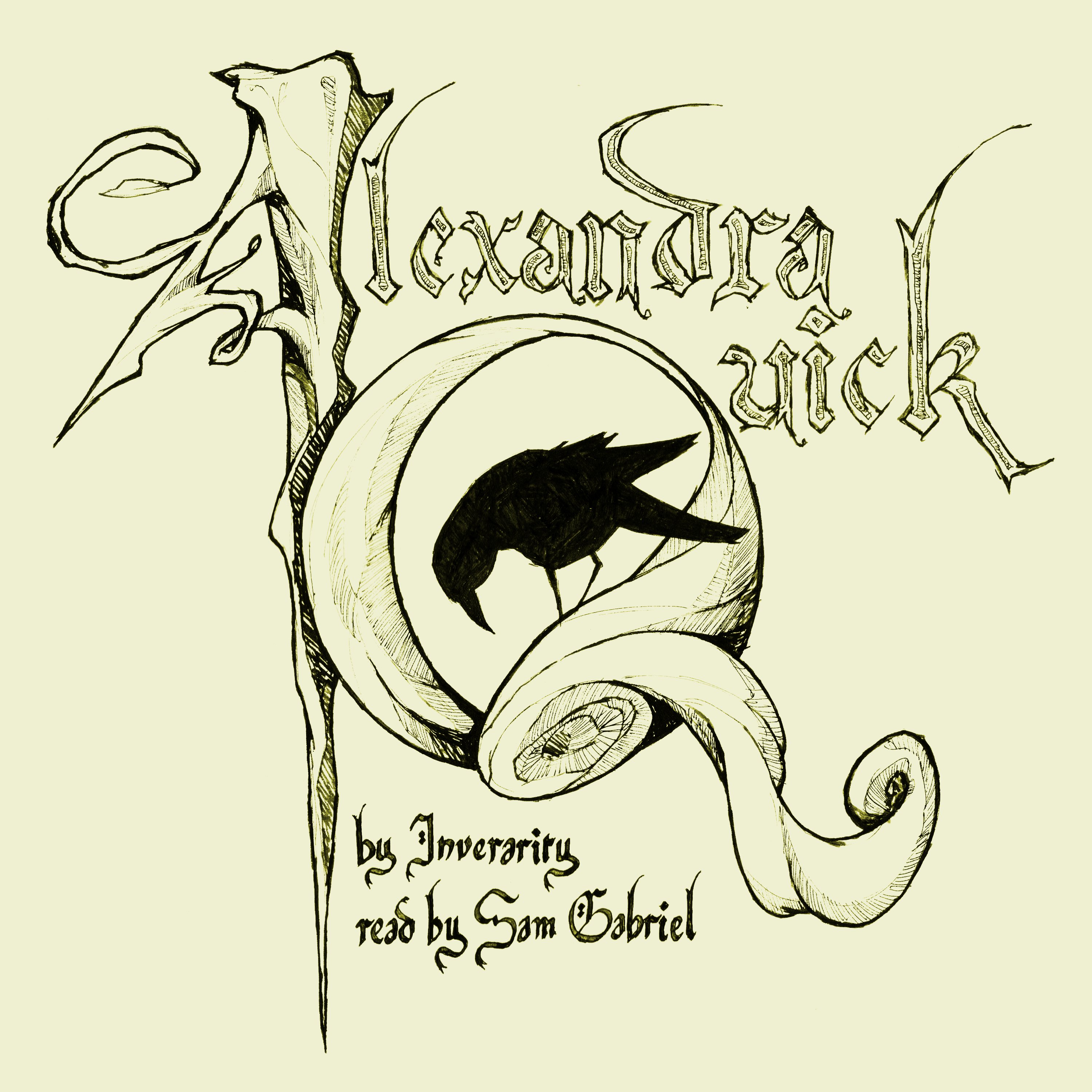 If you've missed it, Sam Gabrielvo has been working on the Alexandra Quick Audiobook Project. He's been releasing it as a regular podcast, and book one is complete! Book two is now being released, and he's given me a preview of the completed work. Definitely will make it easier when I need to do a complete reread of the series (again).

Other Writing Projects: That NaNoWriMo novel and AQ6

Well, I did not "win" NaNoWriMo. I did get about 20,000 words done. I could have done better if I'd been more dedicated. I still like the idea of my NaNoWriMo novel, but unsurprisingly, it's a hot mess in its current form. Right now I am kind of switching between it and Alexandra Quick Book Six, wanting on the one hand to get another original fiction finished (I ain't getting any younger, if I want to be a Published Author I need to have something publishable someday), but I don't want to put off finishing AQ either.

Book Six is at eleven chapters and about 62,000 words.

Anyone Layout Gurus Out There?

Another side project I am working on is printing some hardcopies of my Alexandra Quick novels. Not for sale - I am just going to use one of the many vanity press/self pub sites to run off a few copies so I can have some "real" books sitting on my shelf, and give them away to a select handful of people. But goddamit is Libre Writer a PITA when it comes to fiddly little things like alternating headers, properly formatted TOCs, etc. I might end up springing for Microsoft Office if Word would actually make it easier, even though I've been happy with Libre Office and Scrivener for years. But I am not sure if Word is any easier when it comes to formatting books for printing. And I am not buying a professional layout program that would have an even steeper learning curve. What is this bullshit? Why was the last chapter inserted as the first chapter name? Where are my chapter numbers? Grrrrrr....

Once I conquer the layout problem, I intend to commission a professional-style cover, and maybe even some individual chapter illustrations, like the ones Mary GrandPré did for Harry Potter. My goal is try to make my AQ hardcopies look as much like the HP books as possible (including duplicating the fonts). I'm going to do a "first edition" of AQATTC, and if that works, my grand ambition is a set of seven hardcover books when the series is finished - that will be my reward to myself.

Please continue to read and comment on and review Alexandra Quick and the World Away, and show the Quickipedia a little love, too. 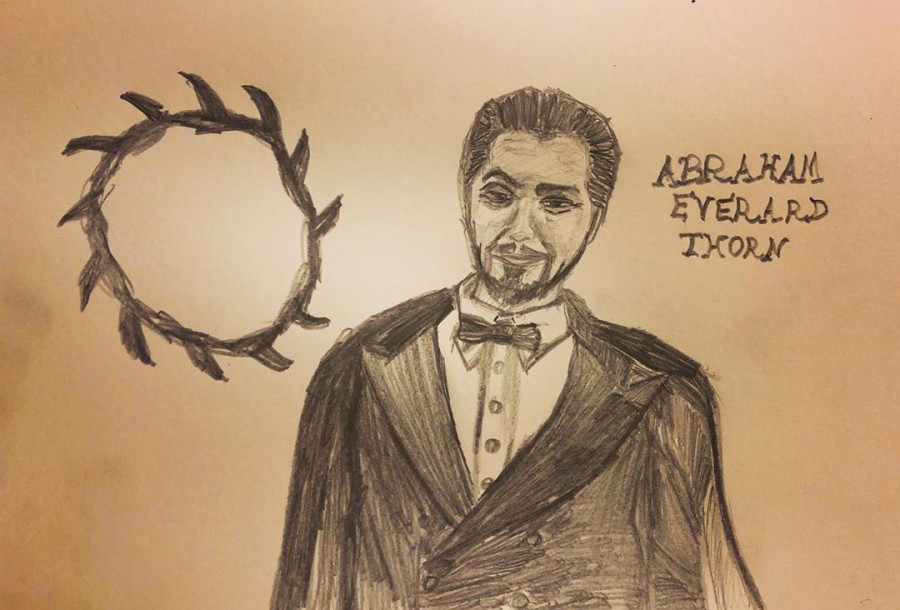 More fan art, dammit I lost the artist's name, I found it somewhere on Tumblr..
Collapse