A sober examination of the cult, delving deeply into the lives of L. Ron Hubbard, Tom Cruise, and Xenu. 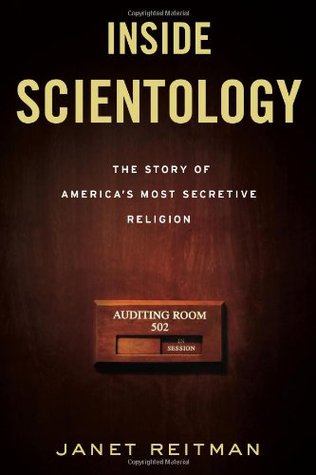 Scientology, created in 1954 by a prolific sci-fi writer named L. Ron Hubbard, claims to be the world's fastest-growing religion, with millions of members around the world and huge financial holdings. Its celebrity believers keep its profile high, and its teams of "volunteer ministers" offer aid at disaster sites such as Haiti and the World Trade Center. But Scientology is also a notably closed faith, harassing journalists and others through litigation and intimidation, even infiltrating the highest levels of government to further its goals. Its attacks on psychiatry and its requirement that believers pay as much as tens and even hundreds of thousands of dollars for salvation have drawn scrutiny and skepticism. And ex-members use the Internet to share stories of harassment and abuse.

Now Janet Reitman offers the first full journalistic history of the Church of Scientology, in an even-handed account that at last establishes the astonishing truth about the controversial religion. She traces Scientology's development from the birth of Dianetics to today, following its metamorphosis from a pseudoscientific self-help group to a worldwide spiritual corporation with profound control over its followers and even ex-followers.

Based on five years of research, unprecedented access to church officials, confidential documents, and extensive interviews with current and former Scientologists, this is the defining book about a little-known world.

Verdict: An even-handed history of L. Ron Hubbard and Scientology, Janet Reitman did not set out to write an expose or a hit piece, but an objective piece of journalism. The result is still pretty damning; while sympathetic to the church's followers, Reitman can only describe what the church is — an abusive, money-grubbing cult. (My words, not hers.) Inside Scientology is about as informative and unbiased a view as you can get of the Church of Scientology, and I found it to be comprehensive, well-written, and fascinating, making this a highly recommended work of non-fiction.