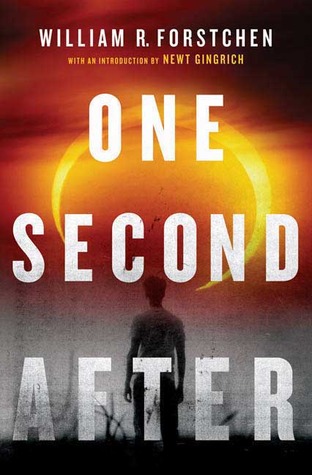 In a small North Carolina town, one man struggles to save his family after America loses a war that will send it back to the Dark Ages.

Already cited on the floor of Congress and discussed in the corridors of the Pentagon as a book all Americans should read, One Second After is the story of a war scenario that could become all too terrifyingly real. Based upon a real weapon - the Electro Magnetic Pulse (EMP) - which may already be in the hands of our enemies, it is a truly realistic look at the awesome power of a weapon that can destroy the entire United States, literally within one second.

This book, set in a typical American town, is a dire warning of what might be our future and our end.

Verdict: A realistic, zombie-free apocalyptic novel that will make preppers happy and non-preppers nervous. While not a great work of literature by any means, I found One Second After to be quite a page-turner, and the sort of book that might do what the author wants and make people think. Of course the author wants you to think about electromagnetic pulse bombs taking down the grid forever, but if you think about stocking an emergency kit instead, I say mission accomplished.