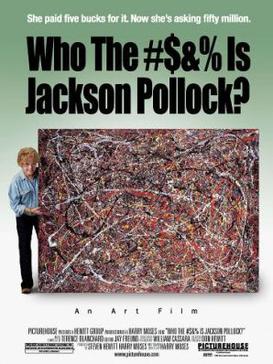 Netflix recs: Who the #$&% is Jackson Pollock? (available for instant streaming from Netflix) is a documentary about a truck driver who bought a painting at a thrift store which might or might not actually be a Jackson Pollock worth millions. Trust me, it's really entertaining and interesting, even if you're not into art or Jackson Pollock.

I've also been watching The Wire on DVD. I'd never seen this show before. This is the best police drama ever! Holy crap. I'm almost done with Season Two now. I can't believe there are still three whole seasons left to watch! I'll never be able to watch Law & Order again.

Since a couple of people asked me who my favorite authors were, I'll reel off a few (some of these I have mentioned before). This is by no means a comprehensive list of every author I like or all those whom I've read a lot of, but these are the ones who stick out and whose books I would always want to have on my shelves.